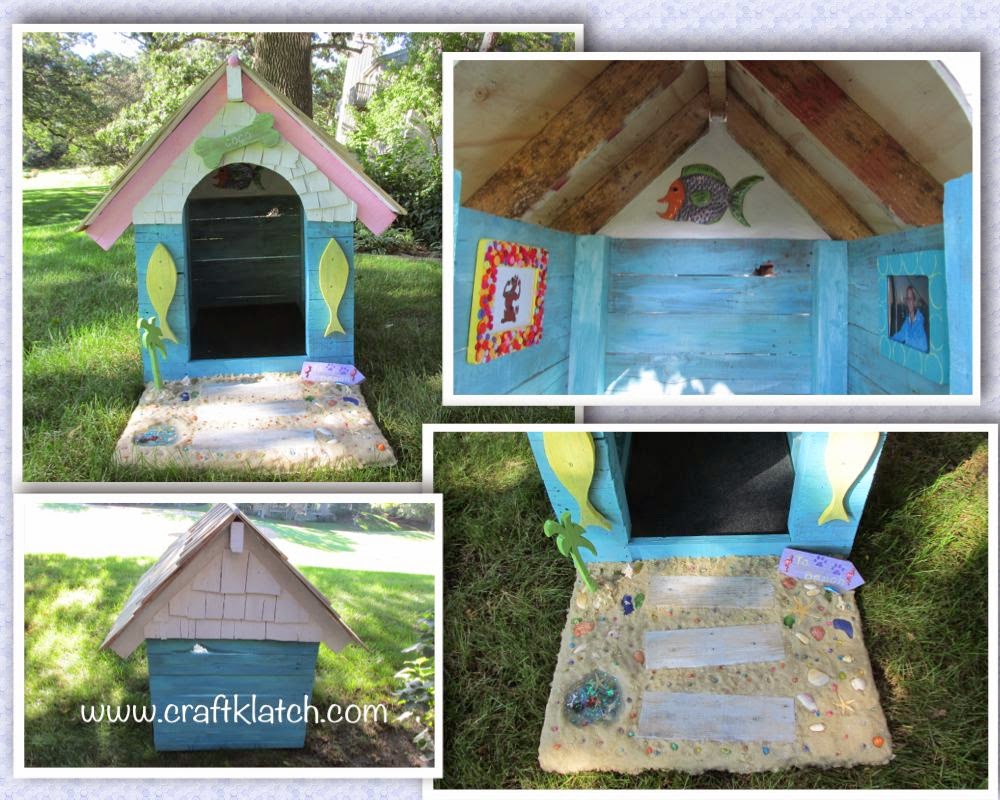 It’s time for Part 2 of Coco’s doghouse!  In this episode, I tackle how to make the exterior embellishments, the sandy front yard and some interior decorating!!  Oh and Coco’s reaction!

To do a quick recap:


I was contacted by Dog Fence DIY  (http://www.dogfencediy.com), to contribute to their Do It Yourself Hackathon.  I was asked if I would make a dog related craft.  I gave it some thought and decided I wanted to stretch my crafting chops and make a doghouse.  I wanted it to be a Key West beach house  inspired doghouse – like someone built a colorful cottage, right on there on beach.  I wanted it to be sturdy, but I wanted it to look like someone just decided to put it there.  And of course it had to be colorful!


I want to give a little background on Coco.  Coco was rescued from a home where she was kept outside in a cage.  She was malnourished, had mange, was timid and one of her rear legs is a little shorter than the other because of the conditions she was living in.  She was rescued and cleaned up.  My sister and her family fostered her and fell in love with her.  She was officially adopted is now part of the family and receives a lot of love!  She has come a long way!

Before we get to Part 2, I just wanted to mention that the main tools I used to make the doghouse were:


I used resin for the sand.  I used Envirotex Lite.  You get more information on it at www.eti-usa.com.


I tried to use a lot of recycled materials and the main structure was made from an old table and three pallets.  To see how it was made and what I used, see the Part 1 video above.

Here is the video for Part 2:

Here are some of tools similar to what I used, available at Amazon:

Here are some other items:

Here are videos for some of the interior decorating projects:

Thanks for stopping by!

2 thoughts on “Garbage to Gorgeous Episode #6 – Part 2: I Built a Doghouse Out of What?!?! Coco’s Key West Inspired Beach House! Extreme Dog House”